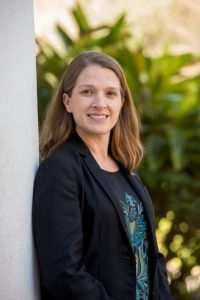 Dr. Sarah McKune recently published “The Opposite of Denial: Social Learning at the Onset of the Ebola Emergency in Liberia” in the Journal of Health Communication.As part of an interdisciplinary team of researchers from UF, Rutgers University, and the World Health Organization, Dr. Sarah McKune analyzed findings from a rapid-response community based qualitative research initiative conducted in August 2014, during the height of the West African Ebola outbreak.  The study looks at the content, transmission, and change in beliefs and behaviors related to Ebola transmission over a 2 week period during a time of escalating crisis in Monrovia, Liberia. The study finds rapid evolution in the beliefs about the source of Ebola, modes of contagion, and infection prevention and control practices, illustrating abandonment of most incorrect information. Importantly, the study also finds that changes in practice lagged behind changes in knowledge – in other words, the acquisition of accurate beliefs did not necessarily mean improved behaviors.  It also showed that conspiracy theories or cultural myths endured, even in the face of changed, accurate knowledge. The findings have important implications on social media and marketing campaigns, which are frequently used to change behavior during disease outbreaks, as well as on historical interpretation of the “resistance” reported during the Ebola outbreak in Monrovia. Read the full article here.