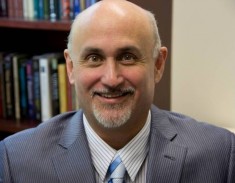 Recently, Dr. John Lednicky of the College of Global and Environmental Health, along with Dr. Glenn Morris of the Emerging Pathogens Institute, discovered a mutation in a common H1N1 virus that allowed it to infect the patients’ lower respiratory tracts.

Typically, flu settles in the upper airways of the lungs. The researchers knew the virus was settling deeper into the young patients’ lungs but had to determine whether a bacterial pneumonia infection caused the severity of the illness, or whether the viral infection’s penetration deep into the lungs was because of the flu itself. By sequencing samples of this flu’s gene, the researchers discovered that a mutation of the H1N1 flu virus allowed the infection to penetrate deep into the lower respiratory tract.

The researchers found a mutation in a viral protein called hemagglutinin. The protein binds to receptors on human cells, allowing the virus to infect the cell. Because of previous, unrelated research published by other scientists, UF Health researchers knew it was this protein mutation that allowed the infection to take hold in the lower respiratory tract.

Even more unusual, the H1N1 virus, including this mutation, targets people between ages 20 and 40. Typically, people who develop severe cases of the flu are those at the extremes of their lifespan: Those who are very young, and those who are very old. Knowing about this mutation will help researchers better develop vaccines to combat various forms of flu. The researchers’ findings were published recently online in the Centers for Disease Control and Prevention’s journal Emerging Infectious Diseases.

Nicole Iovine, M.D., Ph.D., an epidemiologist for UF Health Shands Hospital and assistant professor of medicine in the College of Medicine, division of infectious diseases and global medicine said, “Of the patients admitted to the hospital and who had been diagnosed with influenza, more than 93 percent of them had this H1N1 virus.”

Nearly 400 patients with influenza were admitted to UF Health Shands Hospital during winter 2013 to 2014, and the vast majority of them had H1N1. Of these, 15 patients died, and all of these patients were younger than 65, according to the study. That the patients were both so young and so ill caught the researchers’ attention.

“I am interested in how a virus changes and why virulence may change in particular viruses,” said Lednicky, who studies virology and the airborne transmission of pathogens. “By looking at the virus genes, I can make predictions about whether a vaccine will work.”

In all cases, Morris recommends people of all ages get the flu vaccine if their health status allows.

“The best protection remains getting the flu vaccine,” Morris said.